Last week we highlighted 6 female hunters that are role models for anyone in the sport, or anyone thinking about taking up hunting. This week we will feature 6 women who have built their lives and careers around sport fishing. Each of these anglers is an examples of how to follow your passion, excel at what you do, and leave the sport better for the next generation. Here is to finding your next adventure and taking back the phrase “like a girl”! 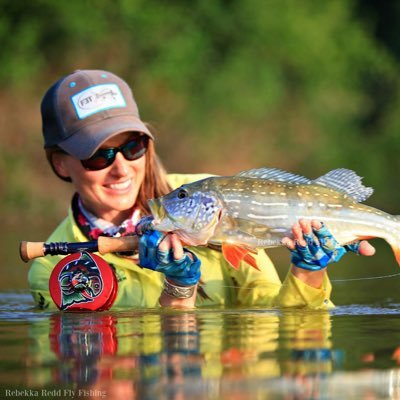 Rebekka has traveled the world as an accomplished fly fisherman, photographer, author, and conservationist. As an author Rebekka is published in a variety of outdoor and fly fishing magazines. Her articles feature her hosted fly fishing trips, topics of conservation, and her photography. Rebekka’s passion for the outdoors extends to protecting it. She owns & operates a non-profit horse rescue, is an active member of her local steelhead association, Trout Unlimited & more. She is active in the fly fishing industry as a fly fishing Advisor for Thomas and Thomas fly rods, a founding ambassador for project healing waters, a founding member with Abel Women Fly Fishing team, sponsored by Abel Reels, and an ambassador for the American Museum of Fly Fishing. She is also CEO and founder of North Shore Women’s Fly Fishing Association. Last but not least, she makes time to mentor young anglers and teach about fly casting, catch and release, and conservation. 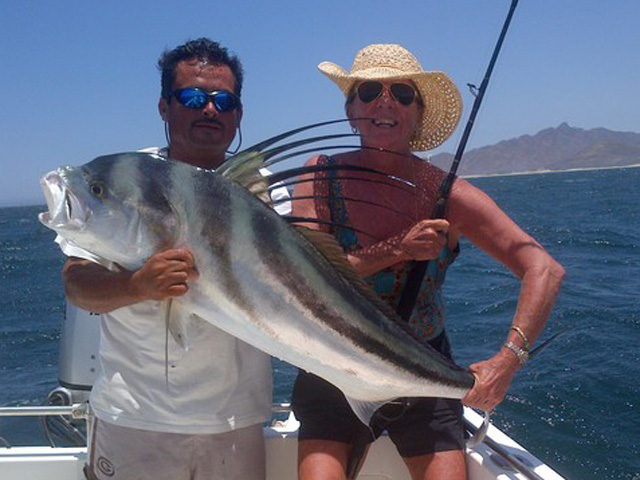 While Joan is a past chairman of The Billfish Foundation, and arguably the most well recognized female billfish angler in the world, she loves fishing for anything inshore or offshore. She earned her stellar reputation in the billfish community through her tireless work to promote circle hooks and launching a successful tournament series, the Presidential Challenge of Central America, that has raised well over $500,000 for conservation groups. Joan has been a light tackle enthusiast and tournament angler for most of her life. She has released over 2,000 billfish since the year 2000. Tournament fishing has taken her to Kenya, Venezuela, Puerto Rico, the Dominican Republic, Isla Mujeres, Cabo San Lucas, Panama, Hawaii, Costa Rica, El Salvador and Guatemala. She was a member of the International Women’s Fishing Association fishing team when it was the first women’s team to fish the ILTTA Tournament. Her favorite moment in her tournament fishing career was winning the Club Amateur de Pesca Sailfish Tournament in Costa Rica, twice! 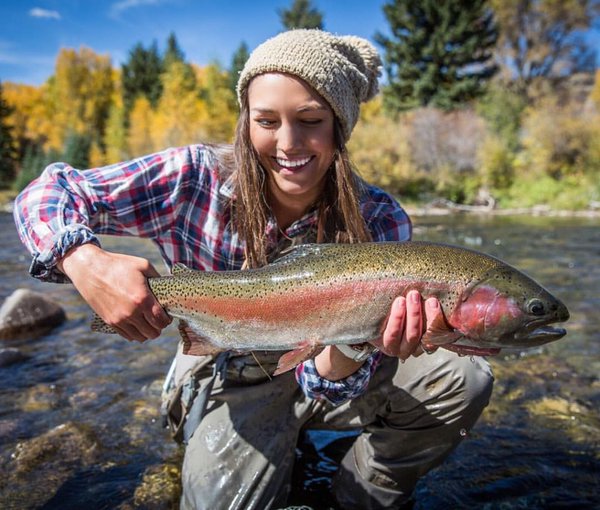 Maddie Brenneman is the head fly fishing guide at C Lazy U Ranch of Granby, Colorado. She grew up spending her summers sitting on a dock and casting endlessly for little bass near her home in Canada. After learning to fly fish in her early teens she spent summers working on the C Lazy U Ranch in Colorado. Maddie eventually became the head guide, leaving her desk job behind so she could spend every single day on the water. She loves to guide beginners because of the potential to create more stewards to care for and protect our precious waterways and fish. 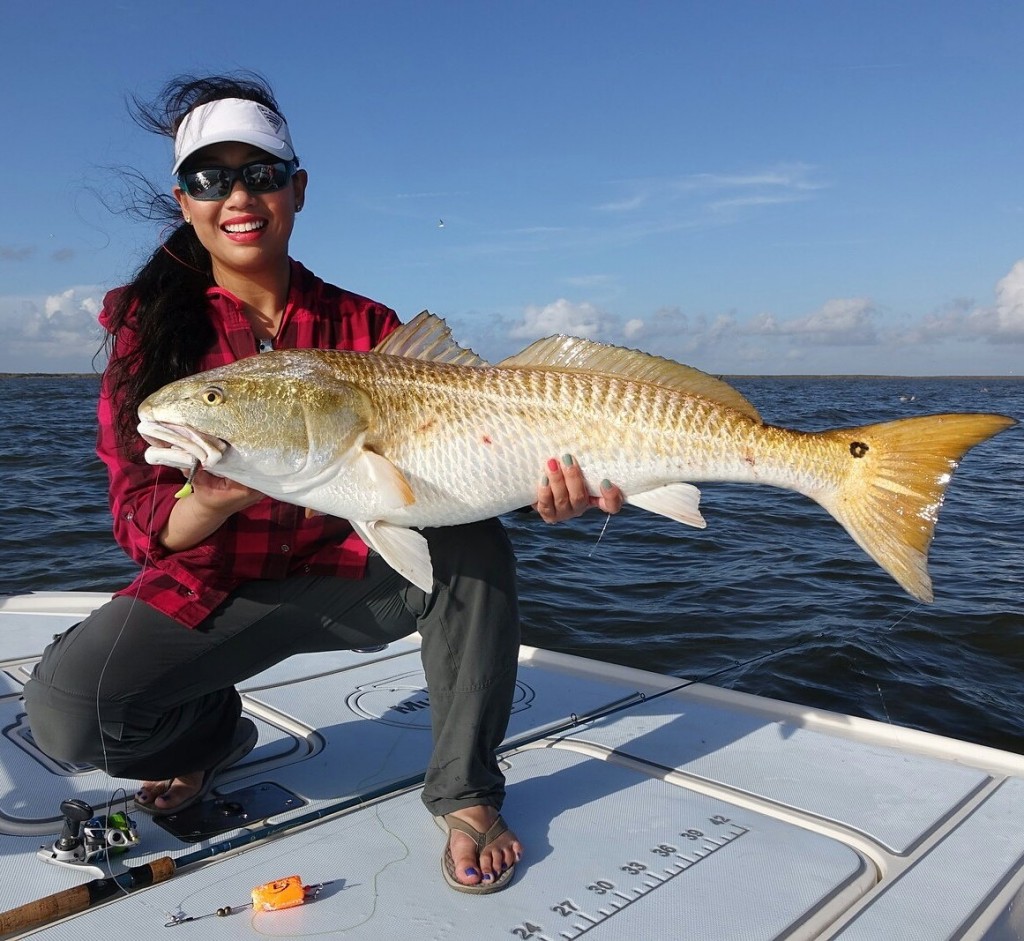 Cindy started fishing as a young kid because her parents love to fish. Her home waters were the surf, jetties and piers of Galveston, Texas. Sometimes her mom took the kids fishing when her dad worked late in the evenings. Fishing was a family tradition. Cindy was passionate about her hobby and companies begin to recognize her skill and hard work. In the last few years Cindy has turned fishing into a profession. She is a Columbia PFG Team Member and featured on the covers of “Coastal Angler,” “Salt Water Sportsman,” and “Fly & Light Tackle Angler.” Cindy is also a “Florida Sportsman” contributing writer. 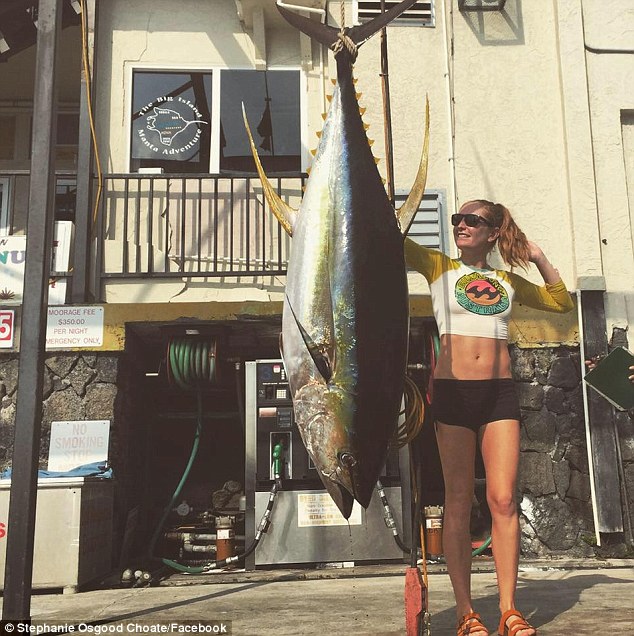 Stephanie got an insider’s view of the world of billfishing from her father Tim Choate who helped develop groundbreaking fishing operations in Costa Rica, Guatemala, Brazil, the Galapagos Islands and more. Stephanie started her life of fishing at the Fins ’n Feathers lodge in Guatemala where she learned how to sailfish. She describes herself as highly competitive and was driven to learn everything she could about fishing offshore. Stephanie has a habit of scoring impressive catches wherever she goes. She boated an 891 pound bluefin tuna in Nova Scotia, her first black marline tipped the scales at 1,018-pounds, a 650 pound blue marlin in the Azores, and even landed a sailfish on the fly in Guatemala. The icing on the cake was her 656 pound blue marlin that won the Blue Marlin World Cup this year. Being lucky enough to travel the world and enjoy all these natural wonders has impressed on Stephanie the importance of conservation. This year she joined the board of Wild Oceans, the conservation group that promotes a broad ecosystems approach to fisheries management. 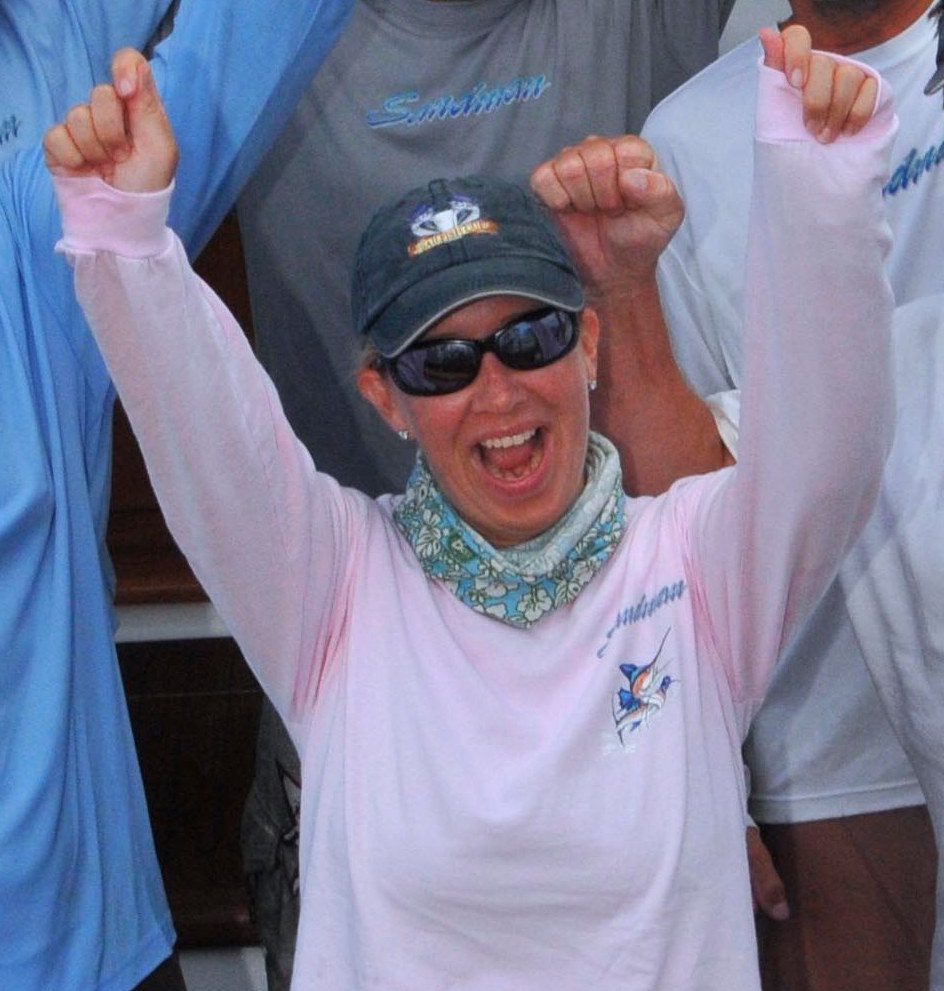 In the last 10 years Sandra has become an accomplished competitive angler. She fishes tournaments on her 63-foot Spencer, Sandman, and embraces the challenges of tournament fishing. Live-bait sailfish tournaments are Sandra’s favorite but she fishes a few marlin tournaments every year. A couple of her notable wins were in the 2011 AND 2012 Buccaneer Cup Tournament in Palm Beach, Florida. But her favorite win was at the Boy Scout Tournament in St. Thomas, USVI, in 2010. Not only did the team win, but Sandra won Top Angler. As competitive as she is, one of her proudest accomplishments isn’t a tournament win at all, it is the fact that she has never taken a billfish. Every billfish she has caught has been released. Her commitment to a healthy billfish population is also evidenced by the fact that Sandra is a current board member and a past chairman of the board of The Billfish Foundation.