The sun was just starting to peak over the horizon, turning the pale morning light to a blazing orange. A breeze kicked up and… 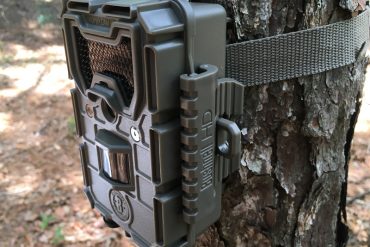 It’s the Trophy Cam HD Aggressor 20MP No-Glow.
It’s easy to use and hasn’t given me a lick of trouble in the months that I’ve been using it.
Even though the black LED flash is “no glow,” deer and other animals sometimes appear to take notice of it… but as far as I can tell, they don’t seem as concerned about it as on full-glow or even low-glow cameras.
Manufacturer Specs Model: 119876C Wireless Connectivity: No Resolution: 20 MP PIR Sensor: Low/Med/High/Auto Night Vision Flash: 48 Black LED / 80ft LCD Display: B&W Text LCD Date/Time/Temp/Moon Stamp: Yes GPS Geotag: Yes Power Supply: AA (4-8) Solar Compatible: Yes Batteries: 4 or 8 AA, Energizer lithium recommended Battery Life: Up to 1 Year Video Resolution: 1920x1080p Video Length: Up to 60s SD Card Capacity: 32 GB, Sandisk brand recommended Field Scan 2X: Yes Audio Record: Yes Hybrid Capture: Yes Shipping weight: 1.2 pounds This camera is easy to set up, and I had no trouble getting it running.
It’s large enough to use with gloves on, and the fact that it’s a draw type latch makes it easy to open in relative silence without jolting the camera.
The SD card is also easy to access.
Hybrid capture mode will take a full-resolution photo followed by a full-rez video each time the camera is triggered.
If you’re looking at a large field where some activity may be out of range, you can use a time lapse setting to automatically take photos — and you can set two “windows” of time for this (say at dawn and dusk).
Final Thoughts The Bushnell Trophy Cam HD Aggressor 20MP No-Glow camera is a good trail camera, in fact I think it’s the best I’ve ever had.
Menu setup was easy enough, and I had it set up and taking photos of nocturnal predators in no time.

Here are some tips for staying hydrated on long treks through public lands: Pack plenty.
Count on a minimum of two quarts – four pounds – for a long day afield.
Drink before you are thirsty.
Drink plenty before the outing and have water waiting for you when you return.
For longer trips, particularly in hot, windy, or humid weather, you may need to supplement that with salts and other minerals.
Your body needs fluids when air temperatures are cold, but cold water may be unappetizing.
Lightweight insulated bottles keep hot drinks warm.
Modern packs have hydration systems, which have several advantages over water bottles and canteens.
With the drinking hose, water is readily at hand without shedding your pack.
Drinking beer under the hot sun only makes dehydration worse. 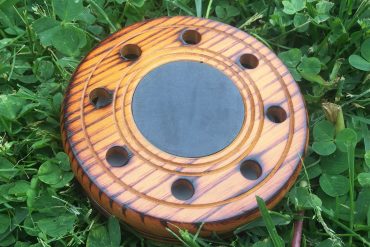 The weather has been rough this spring, to say the least.  Because of this striper fishing has been hit or miss, but mainly a… 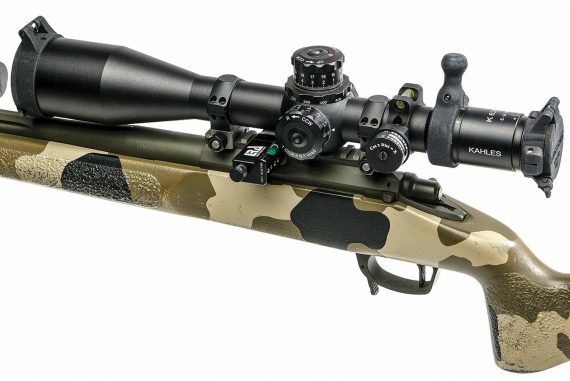 The perpetual rain added several pounds to my sodden wool cruiser, and the mud and slush made climbing through the Douglas firs and tangled willows a hellish chore.
But what was most frustrating was my inability to see through my scope.
Even when it wasn’t raining, the humidity kept the exposed lenses filmed with mist, which rendered my .30/06 all but useless in the event a Roosevelt elk crossed my path.
I haven’t hunted without scope caps since, but only recently found ones durable enough to handle hard use.
I’ve also added other specialized items to some of my scopes to get more utility out of them, particularly when shooting in competition and at longer ranges.
Mounting hardware with a built-in bubble level costs about $75 extra.
No other throw lever is as durable.
Aadmount’s Flip Up Caps, like its Throw Levers, are unbelievably rugged.
After buckling this cover over your scope, you inflate it with air to create a cushion for your optic that will protect it from falls and hard knocks.
Its clever design allows you to flip up the ends of the bag so you can shoot with the cover in place. 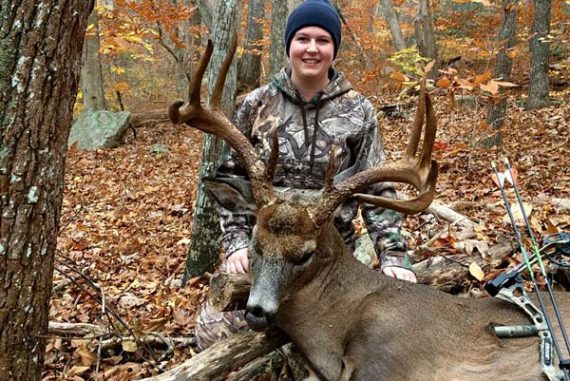 Especially by the standards of the New England region, the Bay State has an enviable record of putting deer into archery hunting’s most prestigious record book.
With only 14 counties totaling a meager 5 million acres, Massachusetts is the 40th-largest state in the U.S.
So this isn’t an expansive place.
Still, there’s a lot of bowhunting available, and not all of it is in the rugged Berkshire Mountains of western Massachusetts.
Although all of the counties with the highest P&Y numbers lie inland, such bucks have been taken in every part of the state.
Even such vacation hotspots as Martha’s Vineyard have turned out some impressive deer over the years.
Worcester (49) leads the way, with Berkshire and Middlesex (35 each) tying for second place.
They’re barely ahead of Hampden (32) and Hampshire (30) in rounding out the state’s top five trophy producers.
Whether there’s been a shift toward bigger bucks in the eastern part of the state is hard to say, but entries have clearly shifted in that direction.
Like many other states bordering the Atlantic, Massachusetts features higher, more rugged landforms in its western reaches. 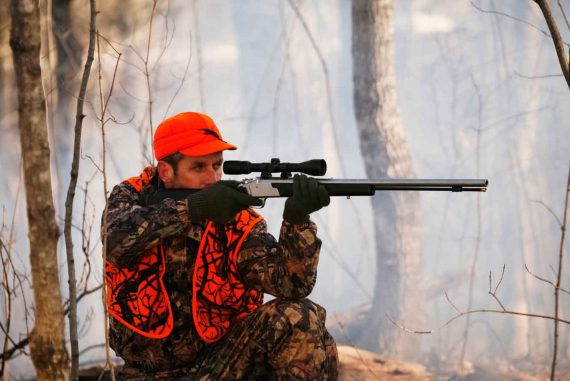 For many, Sunday may be one of the only days off during the week, free from work commitments and other obligations.
While some may choose to relax with a book, others would like to spend the day in the woods hunting, but some states have regulations that keep Sunday hunting under strict control.
Pennsylvania is one of those states, and a group of hunters are trying to change that stipulation for a third time.
Third attempt keeps “white-tailed deer” out of the request Last weekend, the Pennsylvania Sunday Hunting Working Group met at the Pennsylvania Game Commission headquarters to discuss the possibilities of opening up Sunday hunting beyond the already approved game.
“This will be the first time an organized grassroots effort will be formed.
Hunters from around the state will bring overwhelming support to move either regulatory authority to the Pennsylvania Game Commission, or at a minimum we will bring pressure on the legislators to move additional species into the exempted status, allowing the [commission] to establish additional Sunday hunting opportunity,” Harold Daub, a Halifax hunter education instructor and one of the hunters behind the working group, told PennLive.com.
Right now, hunters are allowed to hunt foxes, crows and coyotes on Sundays.
During the public meeting, Daub proposed “adding groundhogs, pheasants, rabbits, squirrels and waterfowl, but not deer” to the approved list, PennLive.com reports.
By purposely omitting white-tailed deer from the proposed change, the hope is that hunters who were against the initial proposal will change their minds now that they don’t have to worry about “more hunting pressure on what they perceive as an already depleted deer herd,” according to PennLive.com.
The next steps of the newly established Pennsylvania Sunday Hunting Working Group include agreeing to a clear mission for the group to follow, establishing sponsorships and deciding on regional- and county-level leadership so that the group can branch out across the state. 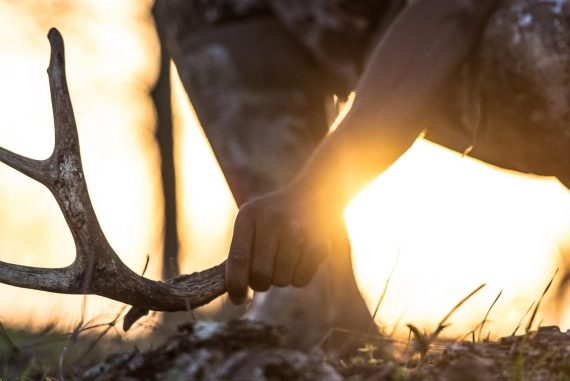 Through a combination of hard work and smarter searching, you can start to close that gap between the number of sheds on the ground and the number you actually find.
But if you want the most antlers for your efforts, wait until you know the majority of bucks have dropped both sides.
Spot a bunch of bald bucks, and it’s time to go scoop up some antlers.
“But to me, shed hunting is a lot like early- and late- season hunting; you want to know where bucks are bedding.
You might not walk as far, but you’ll probably find more horns.
Wait for an overcast day, and you’ll spot horns you’d walked past in harsh sunlight.
Of course, we have to shed hunt whenever we have the time, and if that means a sunny day, don’t stay home.
Keep working tried-and-true spots until you are sure deer are done dropping antlers.
I find more antlers in these spots after a low-snow winter, and I think it’s because bucks are traveling widely as they switch to different food sources throughout the season.
I’ve found many road sheds over the years, and most follow a similar pattern: I slow way down when I know I’m approaching a fence jump, farm field, or ditch crossing, and then just scan for anything that looks antler-ish.