The white marlin capital of the world does it again. The 42nd annual White Marlin Open (WMO) wrapped up this past weekend with 307 boats chasing $3.9 Million in prize money.  If there was any doubt that teams from up and down the east coast were hungry to sink their teeth into some offshore action, Day 1 put those thoughts to rest with 294 boats leaving the docks at 4am for their shot at top prize.

Goin’ in Deep came to the scales on the first afternoon with a 551 lb blue marlin to get the crowds excited and held on to take top spot in the blue marlin category with a payout of $778,352. Top prize money went to angler Cheryl McLeskey fishing on the Backlash.  Cheryl’s 94 lb white marlin, the third largest weighed in tournament history, was boated on Day 3. Cheryl and team took home $1.18 Million in prize money ahead of second place finisher Bill Haugland on Light’s Out with his 79 lb white marlin earning him $1 Million in cash. 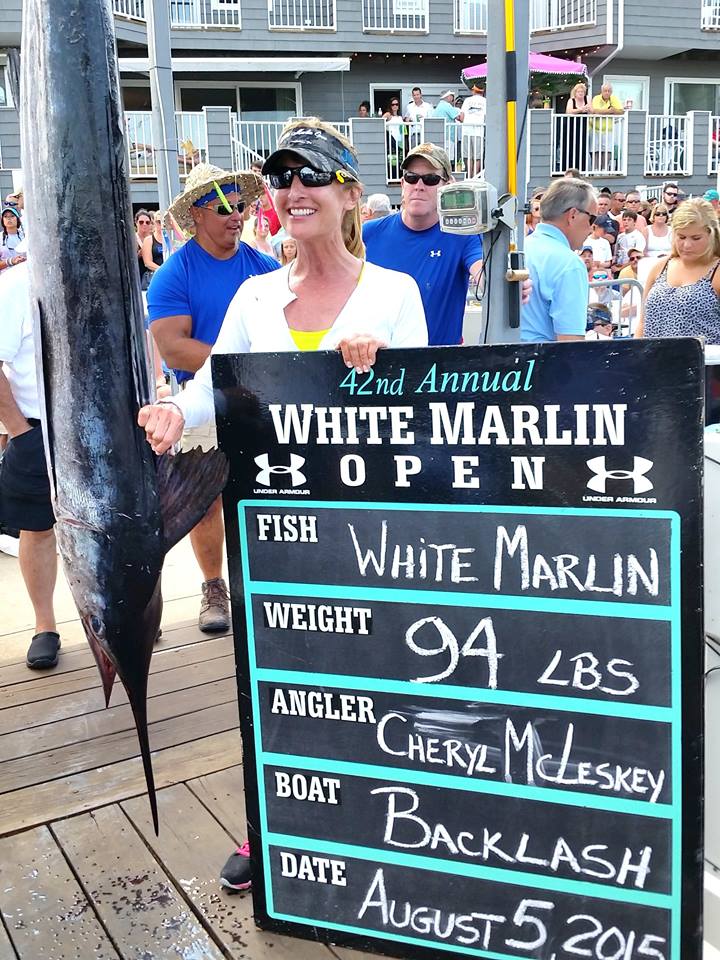 The action around the scales was frantic at times with boats queued up to weigh tuna, dolphin and wahoo. Fin & Field partner boat, Game Changer, held the top dolphin spot for part of Day 1. Other Fin & Field partners such as Restless Lady made it to the scales with a few nice tuna.  In addition to the great catches, spectators we’re treated to some celebrity siting’s as well.  Hall of Famer Wade Boggs was in the crowd as was CBS TV personality Mo Rocca.

We love WMO weekend in Ocean City and can’t wait to head back next year. We’d like to extend a Fin & Field thank you to Jim, Sasha and the great team that hosts the tournament each year.  Thanks too to all of the anglers, crews and spectators who make the White Marlin Open the world’s largest billfishing tournament!

Until next year, we wish you tight lines.

Written By
Staff Writer
More from Staff Writer
The Right Gear to Bear-Proof Your Camp. The sun was setting over...
Read More