The Fin & Field team just got back from the 2016 Bisbee’s Black and Blue marlin tournament in Cabo. We started the week with high expectations from the most famous fishing tournament in the world. The Bisbee family – Bob, Wayne, and Tricia were still able to blow us away.  The caliber of the events was unparalleled, the enthusiasm from all the participants was electric, and the $3,511,900 in prize money made sure everyone brought their A-game.

On Monday, before the tournament even started, Bisbee’s hosted a sponsors Cantina Crawl in Cabo. The crew from Fin & Field had a great time visiting the local Cabo hot spots and getting acquainted with fellow sponsors including Orca Coolers, Costa Sunglasses, Pelagic, The Billfish Foundation, Northern Lights, and Daggaboy Safaris. The anglers and crews arrived on Tuesday to register and to attend the captains meeting but the highlight for us was the opening ceremonies that evening. The festivities wouldn’t have been complete without fire dancers, drummers, music, food, and friends. 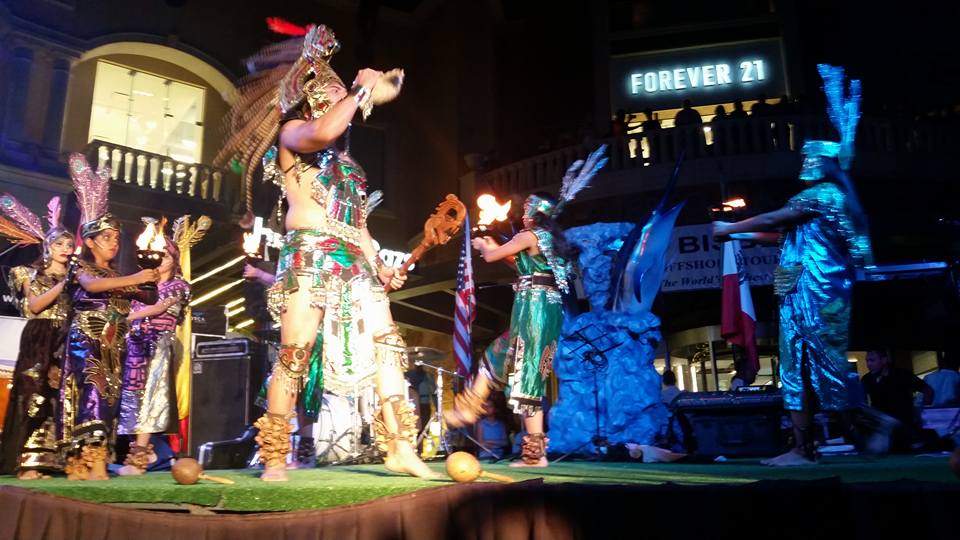 When it came time to kick off the tournament on Wednesday morning the shotgun start was, once again, an iconic moment. 121 boats started the tournament at sunrise by blasting off to their chosen fishing grounds. The Fin & Field team was honored to attend the event on the Bisbee’s Black and Blue start boat. Nearly 1000 anglers were competing for a fortune in prize money and bragging rights. Although the first day of fishing was anticlimactic, no qualifying fish were brought to the scales, the energy and excitement of the tournament weren’t effected.

The second day was much more successful especially for Team Quiteña. The all-star team was made up of Julio Farnandez, Marlin Parker, Carol Lynne, Miguel Dilly, Paul Fruchbom, Brandon Grossman, and Thomas Neikirk. The Quiteña is a 62′ Viking and was captained by Rich Hamilton. They earned the honors of top boat this year on Thursday when angler Julio Fernandez caught a 534-pound black marlin. The catch held out through Friday as the biggest fish of the tournament. That fish ended up being worth $2,183,000 because it won the overall jackpot, top team, top captain and all but one of the daily jackpots. 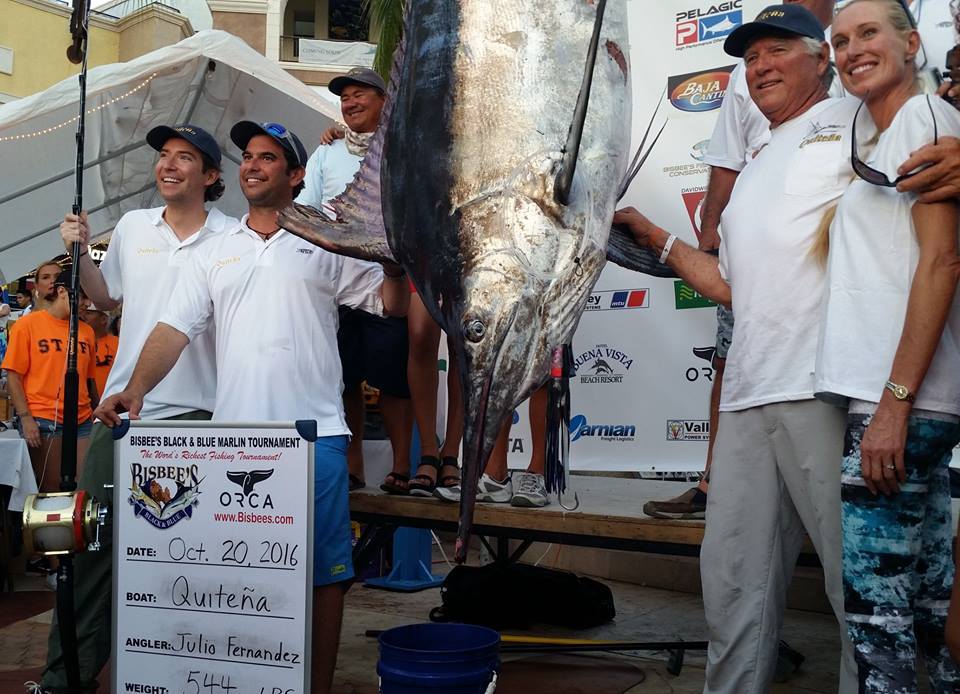 Fernandez’s fish beat out the second place catch caught aboard the C-Bandit. The C-Bandit is a 75′ Titan Marine captained by Frank D’Anna with a fishing team from Southern California. The second place fish caught by angler Russ Armstrong was a 416-pound black marlin worth a total of $685,000. Armstrong has been fishing the Bisbee’s Black and Blue every year since the late 1980s and is a past champion. 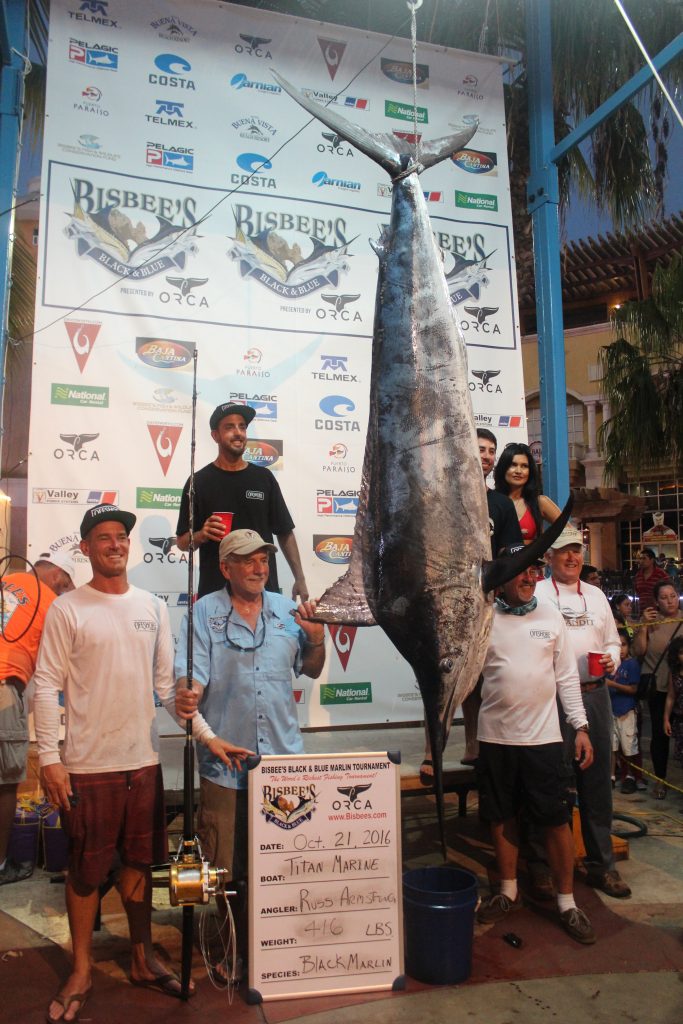 A 349-pound blue marlin was caught aboard the Drakkar, a 65′ Hattaras, by Gilles Asunsolo. This fish brought Asunsolo and his team a third place finish and a payday of $40,500. Team Drakkar’s fish narowly beat out the 4th place fish, a 344-pound blue marlin caught by Team Five More Minutes. Team Five More Minutes placed in the money for the second year in a row and walked away with $10,800.

The 5th place fish was caught on the Fastball, an 82′ Viking, owned by Bobby Patton. The fish was a 304-pound blue marlin and won Patton and his team $487,200 in the $20,000 Chupacabra Challenge. The Chupacabra challenge is a winner take all daily jackpot. Patton made a generous donation of $10,000 to the Los Cabos Children’s Foundation and another $10,000 donation to the Bisbee’s Wildlife Conservation Fund. The Los Cabos Children’s Foundation benefited from cash donations but also from fish! 10,478 POUNDS OF FISH! The fish donated will provide 52,390 meals for Feeding Los Cabos Kids. 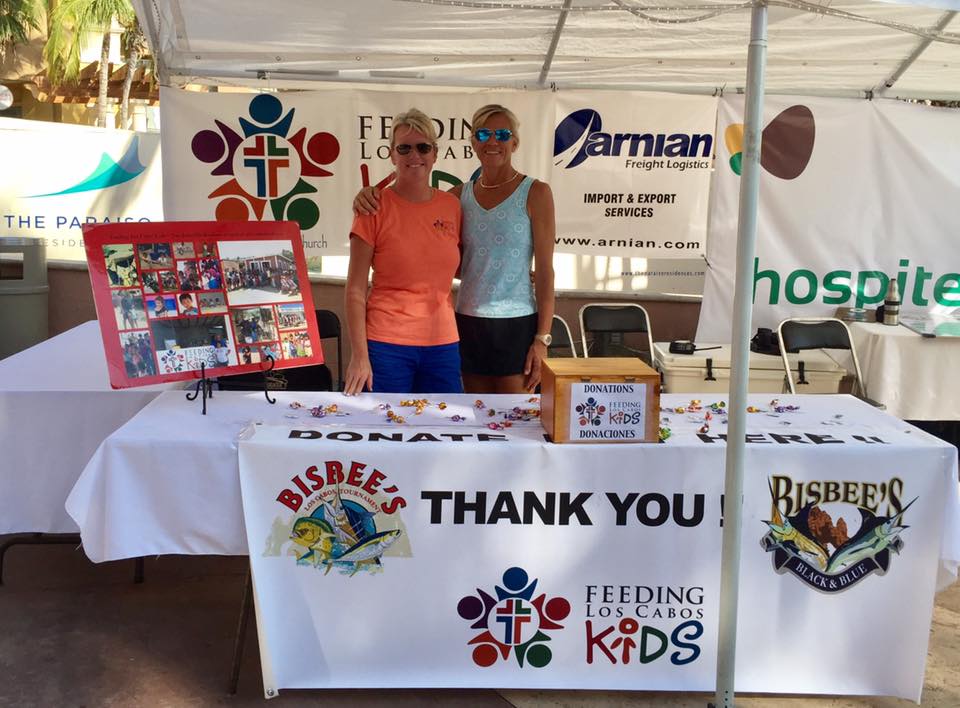 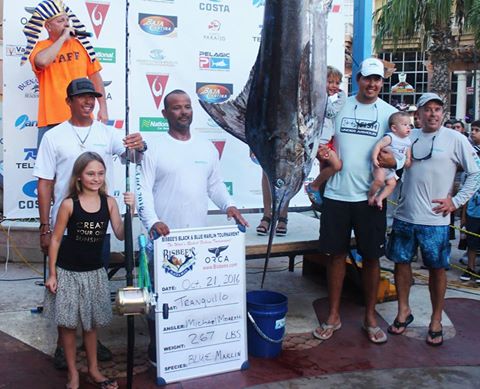 Fin and Field had a great time at the Bisbee’s Black and Blue tournament. The cantina crawl, the opening ceremony, the shotgun start, the weigh ins, the camaraderie, the competition, and the award ceremony combine to make for an amazing celebration of tournament fishing at its finest. All told 234 billfish were caught (9 black marlin, 175 blue marlin, 3 pacific sailfish, and 56 striped marlin) and almost all of them were released. 121 boats and more than 1000 anglers competed for huge prizes, for charity, and for bragging rights. The only problem with an event like this is waiting an entire year to do it again.

Written By
Staff Writer
More from Staff Writer
Dad works hard and likes to play hard, that is why the...
Read More