The 2015 Bisbee’s Black and Blue Marlin Tournament marked the 35th anniversary of an event that started with five fishing buddies pooling together some money to see who could bring home the largest marlin. Fast forward to this year and there were 121 teams competing to take home a share of the $3.5 Million in prize money. The Black and Blue is the 3rd and final tournament in the annual Bisbee series that runs along the Baja California Sur peninsula and is known as the richest fishing tournament in the world having paid out over $4.1 Million in prizes in 2006, an amount that was and still is the largest payout in sportfishing history.

Teams completing in the three day event (Oct. 21-23) pony up entry fees ranging from a base amount of $2,500 for a “release only” entry all the way to $71,500 to enter all levels of the daily and overall jackpot categories. Prizes are awarded across categories such as top tournament team, top captain, top release team, daily jackpots and the tournament jackpot. 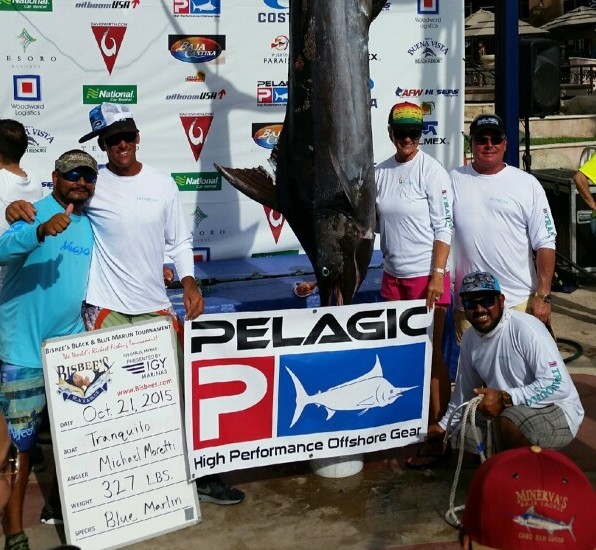 Day one saw two qualifying fish, over 300lbs, brought to the scales. The teams from “Tranquilo” and “Five More Minutes” hoisted blue marlin weighing 327lbs and 356lbs respectively. Based on their jackpot entries, the fish for Tranquilo was worth an estimated $912,000.  The continuation of a great week for the team that took top prize for the heaviest marlin (399lbs) in the Los Cabos Offshore Tournament earning them a check for $460,200 earlier in the week.

Day two finished with only one marlin brought to the scales. The team on “Abuelo” landed and weighed a 295lb blue marlin, just short of the 300lb minimum to qualify for the daily jackpot. With no day two payout, nearly $2Million in daily jackpot money was on the line for day three. 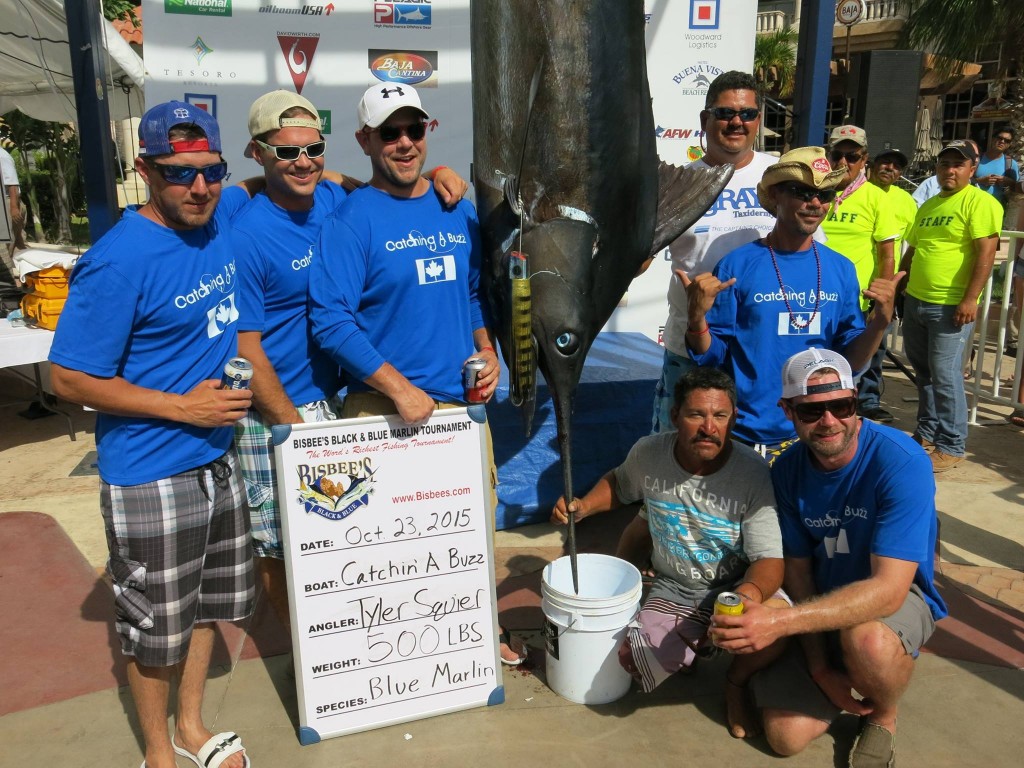 Teams headed out on day three with visions of cashing in on the large daily jackpot. At days end team “Catching a Buzz” from Thunder Bay, Ontatrio hoisted the largest fish of the tournament, weighing a blue marlin that tipped the scales at 500lbs. Based on their entry, the marlin earned the team of friends from the north a check for $356,225. As with all of the winning marlin caught during the tournament, Catching a Buzz caught the marlin on a lure. Throughout the tournament teams contended with warm waters and the absence of baitfish in the area. 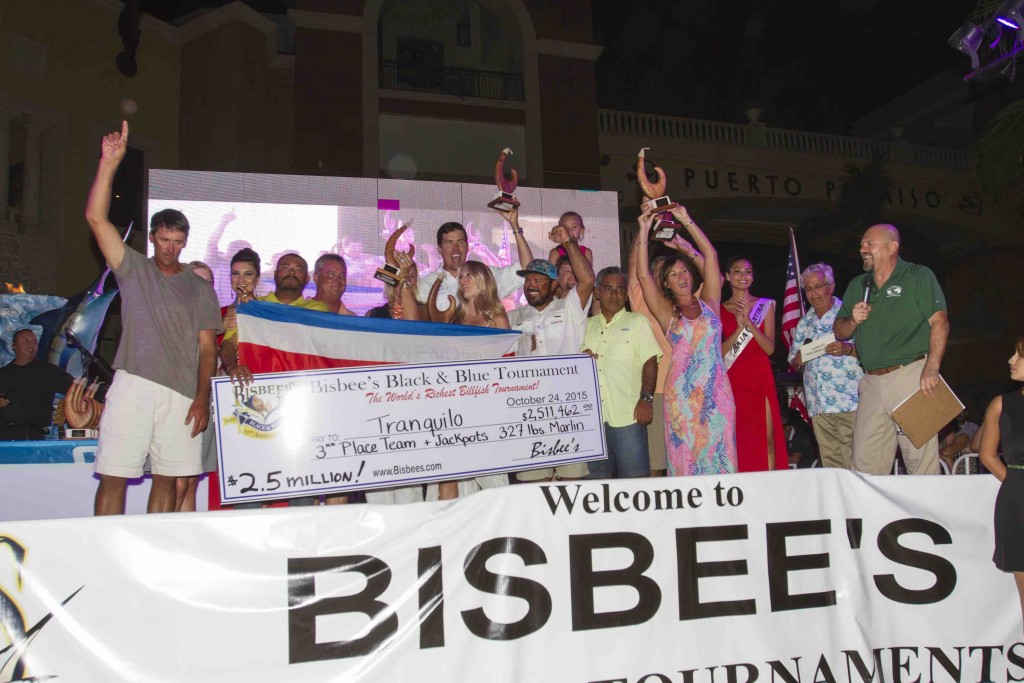 With day three in the books and all teams safely back to port the final standings left Catching a Buzz in first place with their 500lb blue and the day one winners aboard Five More Minutes and Tranquilo in second and third respectively. Based on their individual team jackpot entries, Tranquilo took home the largest share of the prize money, a check for $2,511,462.00. The team from Costa Rica earned nearly $3Million for their two tournament efforts…not a bad 3rd place finish!

Do you think you have what it takes to bring home a winner next year? We think you do!

We hope to see you on the water and around the docks at the 2016 Bisbee’s Black and Blue.