Several hundred years ago the Pilgrims and the Wampanoag Indians came together to celebrate a successful harvest which we still observe to this day; Thanksgiving. Although the menu for that first Thanksgiving meal can never truly be known we can be fairly certain that all manner of wild game was served at the feast. Below are five wild game animals which on their own could be the centerpiece for any Thanksgiving celebration but combined together would truly make for a wild Thanksgiving Dinner.

Venison, whether it is from deer, elk or moose, is one of the most widely consumed game meats but it rarely gets served at Thanksgiving and that’s a shame. There are so many versatile cuts of meat that can be had from a deer that several options could be used to feed the entire family as well as guests. The cut affectionately known at the backstrap, could be roasted whole with or without the rib bones attached and served with a classic Cumberland sauce as detailed here by my friend Hank Shaw. But by far the best way to serve venison for the masses at Thanksgiving is by roasting an entire leg of venison, bone in. The MeatEater’s Steven Rinella has a superb recipe for wild fennel pollen rubbed venison leg with pickled mushrooms that tastes delicious and will surely satisfy even the pickiest of eaters. 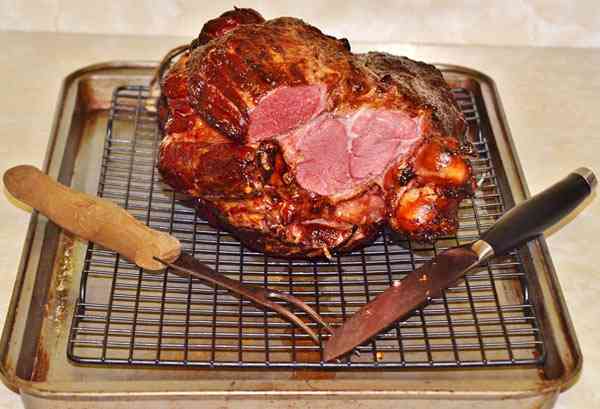 When asked, many hunters will say bear meat is greasy and tastes horrible. To some extent they are right about how greasy it can be, but it doesn’t have to be if you cook it right. As for the horrible taste, many times that has to do with what the bear had been eating prior to being shot. However, with the right recipe you can transform even bad bear meat into something so good your guests wouldn’t even know they were eating bear; bear ham. My friend, David Draper, has an excellent smoked bear ham recipe on the Field & Stream website, but if you don’t have a smoker don’t fret you can easily cook the ham in your oven. Just make sure you follow his guidelines and cook the ham until it has reached the proper internal temperature. One word of caution, bear meat can be contaminated with trichinosis which can only be killed by cooking it to the proper temperature. I always treat my bear meat as if it has trichinosis; better safe than sorry. Be safe when butchering and handling bear meat before cooking and always wash your hands after coming into contact with bear meat. 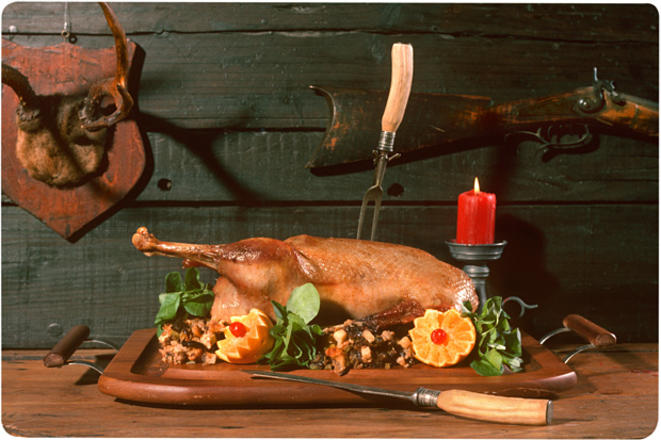 Another wild game meat even more maligned than bear meat is that from waterfowl like duck and geese. It gets as much as bad wrap as bear meat and can have off-putting flavors depending too on what it has been eating. However the thing that ruins waterfowl more than anything, and turns it into the grey, greasy, livery leather, is overcooking it. Thanks again to my friend David Draper for coming to the rescue. He has the perfect solution to your waterfowl problems; brine. Brining the bird adds moisture which will keep the bird from drying out and getting overcooked as well as imparting flavor. His recipe will actually work with duck or goose because the cook times are based off of the size of the bird. A Canada or specklebelly goose is perfect for a large size family while a roast duck would be good for a family of two to three. Just remember, like venison, goose is best serves rare to medium rare. 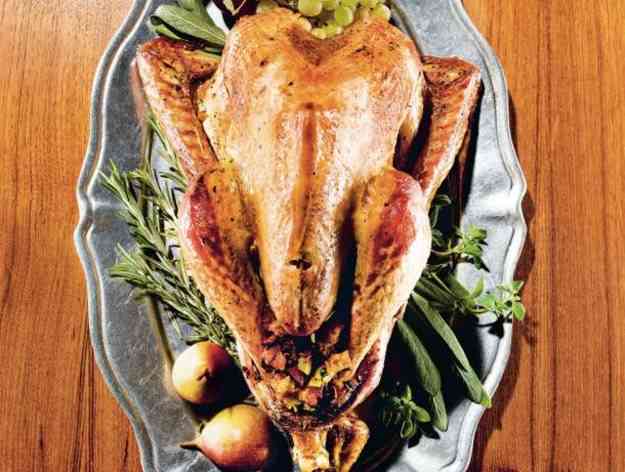 What would Thanksgiving be without turkey? A wild turkey is a different breed than domesticated turkeys and cannot be cooked in the same fashion that we are used to. There is less fat and considerably less meat on a wild turkey and that meat gets a workout. If you tried to stuff and roast a wild turkey the way your Grandma did a Butterball you would end up with turkey jerky. To solve this problem we again need a better solution; a brine. The brine does the same trick on a turkey that it does on a goose; keeps it moist and imparts flavor. The folks over at Outdoor Life published an excellent wild turkey brine recipe supplied by the National Wild Turkey Federation a few years ago. It’s become my “go-to” brine for all my white meat birds whether its wild turkey, pheasant or even the occasional chicken. The great thing about this recipe is it can not only be used on wild game but if you don’t have wild turkey lying around it makes your regular Thanksgiving turkey that much better. 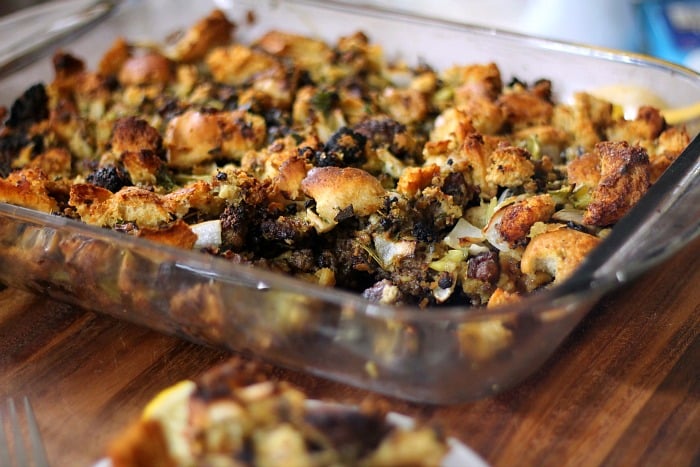 Growing up on the Chesapeake Bay has always afforded me access to fresh, local seafood. A family tradition in and around the Bay was to incorporate seafood into the Thanksgiving meal to make it more our own. Little did we realize but those original Pilgrims surely served some form of seafood when they sat down with the Wampanoag Indians nearly four hundred years ago whether it was fish, shellfish or even crustaceans such as lobster. To that end I am including a recipe for oyster stuffing from the good people over at Serious Eats. It’s a twist on the customary white bread or corn bread stuffing but only better. The oysters add a depth of flavor and a briny sea salty goodness you just have to taste to believe. If I haven’t convinced you, head on over to Serious Eats and read up on it for yourselves, they make a great case for giving oysters a try this Thanksgiving.

Written By
Guest Blogger
More from Guest Blogger
What could be more patriotic than being in the Nation’s Capital for...
Read More