I consider myself adventurous and a DIYer when it comes to food. I love to process my own fish and game, mix up my own sausage and make my own charcuterie (cured meats like jerky and salami). One of my favorite things to eat is sushi. It was a natural extension for me to want to finally make sushi at home.

Technically speaking, sushi is just vinegared rice mixed with other ingredients, which can be veggies or raw or cooked fish. What I set out to make was something similar but easier, the equally satisfying sashimi.

Sashimi is little more than thin strips of raw fish. But, as with everything I do, I decided to do a little research just to make sure I didn’t make myself sick or even die in the process. According to the FDA food code all fish to be consumed raw should be frozen for a period of time (depending on the temperature) to kill any parasites that could be living in the fish. That means that gorgeous sockeye you just caught would need to be frozen and then thawed out before using it to make sushi or sashimi. I couldn’t bring myself to part with any of my salmon as I had that set aside for smoking in the near future. I was running out of options. 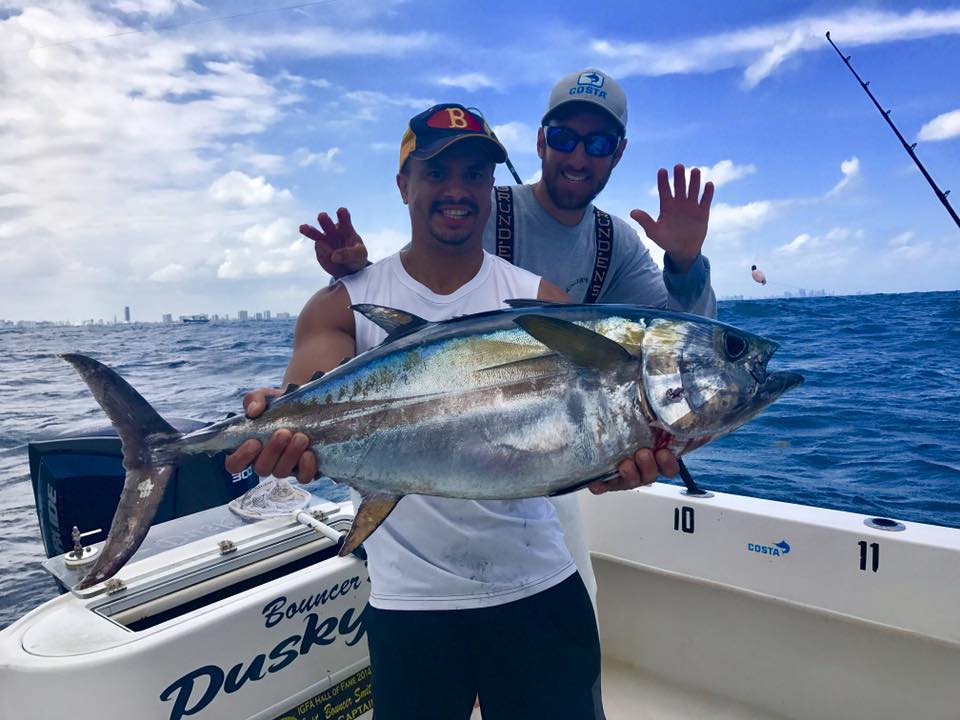 Luckily there is a way around having to freeze your fish. According to that same FDA fish code, tuna is the only exemption from freezing. So you can catch a yellowfin, bluefin, blackfin, bigeye, albacore or even skipjack tuna and safely eat it right on the boat or at the dock. So, that’s just what I did last year after our mahi/tuna trip out of New Jersey. I had some of the best sashimi I have ever eaten on the dock while the captain filleted our day’s catch. If you do a little preparation before your trip and make sure the fish is handled properly, you can have the same dockside feast!

First thing’s first, you need to secure yourself some tuna. Obviously the Cadillac of tuna is the bluefin but just about anything you catch, in the tuna family, is not only edible but quite delicious as sashimi. Believe it or not you can even use false albacore as sashimi and it turns out delicious. Almost all of these options will taste better than what you can get at the average sushi restaurant. 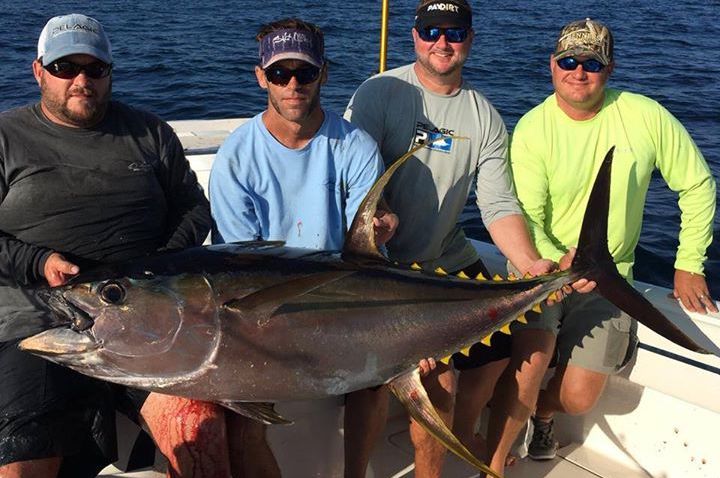 Now that you’ve acquired some tuna you need to take great care of it from here forward because what you do and don’t do will have an effect on the flavor of the fish. Have you ever watched any of the “Wicked Tuna” shows and realized that shortly after they spear the tuna they throw a rope around its tail? They do this because by the time they bring the fish to the boat it is exhausted. During the fight lactic acid builds up in the fish and if the fish is immediately killed that lactic acid can spoil the quality of the tuna. So if you happen to catch a rather large tuna be sure to tie a rope around its tail and let it recover in the water before bringing it on board to dispatch it.

The next thing you need to do to ensure your tuna is as tasty as it can be is to bleed it out quickly. For smaller tuna I like to take my filet knife and insert it behind the pectoral and slice through the arteries. I then put the tuna head first into a bucket of ice water. If you find yourself with a rather large specimen you can’t go wrong by following the steps outlined in this video from Field & Stream. It walks you through how to bleed the fish out as well as how to filet and clean up the tuna loins.

For smaller tuna I usually just prepare the entire filet as sashimi because there just isn’t a lot of meat there. For larger tuna I like to cut the loins into steak sized pieces and use the leftover ends and scraps to cut into sashimi strips. Once you have your tuna slice the pieces into strips as thin as you can make them, this will help ensure the soy sauce has time to penetrate the meat.

Now it’s time to assemble the ingredients. Depending on your preference you can marinate the sushi, or dip each piece individually in the wasabi and soy sauce mixture. How much meat you have for sushi will dictate how much of each ingredient you use. I typically take half a bottle of soy sauce (make sure it’s the low sodium bottle as it complements the fish better) and empty it into the Ziploc baggie. To that I add a large helping of wasabi paste (more or less to your taste). Then close up the baggie and mix the ingredients well making sure to get all of the lumps of wasabi dissolved into the soy sauce. Toss in your tuna slices and reseal the bag and throw it in some ice water for about 5-15 minutes; the longer you let it sit the saltier and more flavorful it will become. Open up and enjoy the best sushi you’ve ever have.

Are you hungry for some tuna? Head on over to Fin & Field where you can find the best charters in the industry waiting to take you out on your adventure of a lifetime!

Written By
Staff Writer
More from Staff Writer
The 2 1/2-inch ZinkerZ is the byproduct of using a pair of...
Read More