Fishing differs from hunting in one major way, you don’t always kill your quarry. The catch and release movement started early on with trout fishing. Particularly in streams where it was obvious that recreational fishing could cripple populations. Trout fishermen, particularly fly fisherman, were very vocal about the practice and spearheaded most of the early research on fisheries management and conservation.

There are many factors that can go into deciding what fish to keep and what fish to release. First and foremost, keep it legal! Following the law is critical, but just because it is legal to keep a fish doesn’t always make it a good idea. If you don’t have plans to eat the fish fresh, and don’t have the time to care for it properly, release the fish rather than let it go to waste. The law doesn’t always do enough to protect local fish populations, so you may decide that the species you caught needs more help. For some species the large females are the most efficient and productive breeders and should be released.  In a lot of areas fishermen have set their own informal slot limits and anyone keeping (even legally) smaller or larger fish are frowned upon. In this way fishermen are getting better and better and self regulating our fisheries. A little bit of pragmatism and common sense can go a long way to keeping our sport viable. 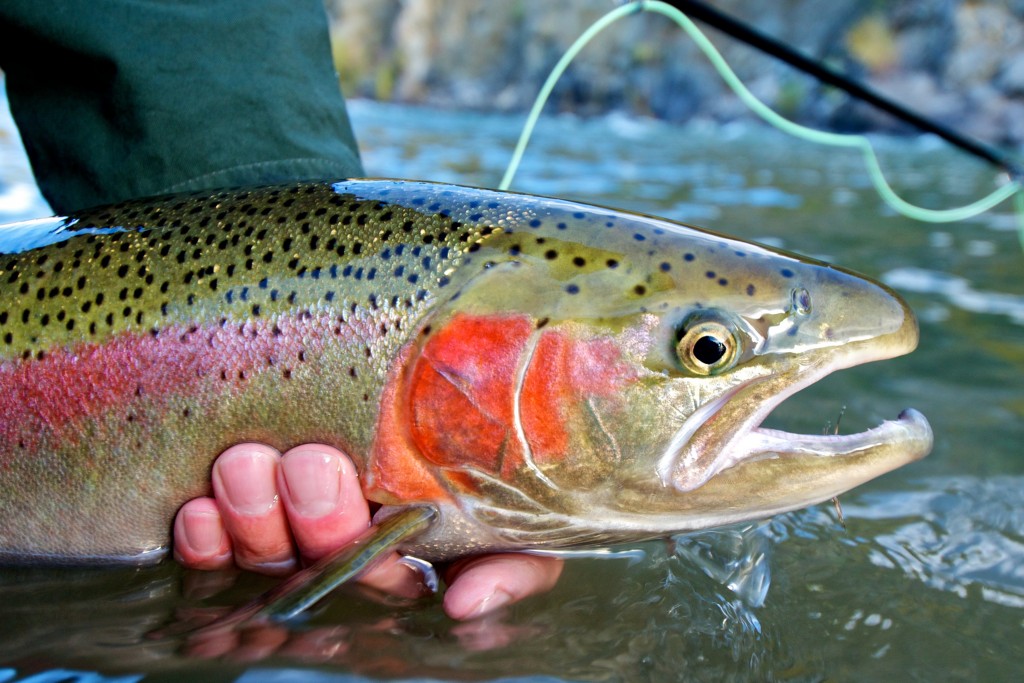 Here are some fun facts and important tips on catch and release:

-In general 90% of caught fish will survive. Some species are heartier, but using care can lead to very good mortality rates.

-Don’t move a fish back and forth in the water to revive it, fish don’t swim backwards. You can run the boat slowly forward to keep water flowing forward over the fishes gills.

-Use wet hands to handle fish to minimize the disturbance of the protective coating.

-In the unfortunate instance that a fish has swallowed the hook you can do much more damage trying to remove it, it is best to cut the line.

-Fight the fish quickly don’t play the fish on the line for an unnecessarily long time. The healthier the fish is when you bring it to the boat the better the chances of survival are.

-Use a net designed for catch and release, usually knotless, these nets are designed not to remove the scales and protective coating.

-Support the mid section of large fish to prevent damage to their internal organs or spine. Or better yet, leave them suspended/supported by the water.

Written By
Staff Writer
More from Staff Writer
Do Your Part to Protect Our Waters. By Karl Wickstrom No one,...
Read More